Collaboration between Deep and Southern Economic Advancement Project (SEAP) began in September 2019 at a Savannah roundtable discussion with Leader Stacey Abrams during SEAP’s listening tour. Deep’s Action Research Team young adult members Rush and Margot spoke up about community needs we’d learned about from Deep and Step Up’s 2019 Youth Summits, which inspired SEAP to ask Deep to develop a curriculum and facilitate something similar for youth all across Georgia. We eagerly began planning a day-long extravaganza for March 18, 2020, in Macon, Georgia. If that date sounds familiar, you might recognize it as falling within the week the COVID-19 pandemic forced the United States into shutdown.

Undeterred, we adapted the curriculum for a virtual gathering and set our sights on the following spring of 2021. Meeting on the web meant we could expand our reach to include young people from all over the Deep South—Georgia, South Carolina, Alabama, Mississippi, Louisiana. Thanks to the efforts of SEAP’s interns, we had over ninety youth between the ages of thirteen and nineteen register to attend!

On Saturday, April 17, 2021, we launched Youth: Voice Story Power, a four-hour virtual event. SEAP’sGenny Castillo (unofficially AKA DJ Baile On That Beat) spun upbeat pop and old-school rap as we got rolling, setting a tone of playful energy. As young people arrived, she shared our purpose and goal: “We’re here today because we want to hear from you. We want to know what’s going on in your communities and what you all need.”

Our goals were threefold:

Deep Center’s program manager Megan Ave’Lallemant started by asking participants to craft a personal narrative that encompassed a “we” problem (which is inherently bigger than a “me” problem): “Write or draw about a time when something unfair happened in your community, school, or neighborhood and affected more than one person.”

“Laws are created because of someone’s story,” Genny reminded us.

Grounding ourselves in Deep’s core belief of “the people are not the problem; the problem is the problem,” we pushed to re-center our narratives away from blaming individuals and instead on the barriers we face. We knew our stories were personal and political because we were all living inside of human-built systems. We asked ourselves questions to peel back the layers, to go underground and get to the root of the problem. And we got curious about how issues like the ones below were showing up in young people’s home communities:

In a poll, over 50% of participants’ stories dealt with school. Other popular categories included mental healthcare, juvenile justice, and city planning.

We didn’t stop there.

“People have been resisting for as long as there have been problems. Movements are fueled by people who know that ‘the way things are’ is not the absolute end of the matter,” Megan told the group. “You have power. Anything is possible. What do you demand must change?” We wrote and drew about our demands until it was time for our much-anticipated keynote speaker.

told us how her stories shape her advocacy. She shared about her brother Walter, who lives with mental illness and—because he’s unable to get individual healthcare (aha! a systems issue)—self-medicates. The only time he’s able to receive treatment is when he’s incarcerated. She spoke about her famous 2018 run for Georgia governor and how her opponent was in charge of the race itself (another systems issue). These stories, among others, are catalysts for her work, and she encouraged us to tell our stories in the same way.

Leader Abrams told us, “Today, I want you to know three things:

The Zoom room was electric as Rush began a Q&A session with Leader Abrams.

“How do you see policy helping movements?” Rush asked. “Is it possible to be a politician and be in opposition to the institution itself?”

“If you are in politics, that doesn’t necessarily mean you agree with everything that politics does,” Leader Abrams began. “When I became [House Minority] leader of the Democrats in [Georgia’s] House of Representatives, my predecessor was a good man who…did everything he could, but I thought about it differently. He was a white man…who fought for what we believed in but did it from a place of privilege and formal power. When I ran, I said, ‘Look, I’ve been a minority for a very long time. I’m really good at it!’ And when you’re in the minority, you’ve got to learn how to do things differently. You don’t often have the resources; people tend to be hostile to your engagement, and they’re certainly hostile to your power. And so a lot of the things I did as leader were kind of guerilla tactics. I did things people didn’t expect, because I didn’t have access to the resources and posture people had gotten used to. I was the first woman to ever be in charge of a party in the history of Georgia. I was the first Black person in the House of Representatives, the first Black woman to do any of this stuff. . . .I was literally one of the most powerful people there, but I would have rogue hearings. They wouldn’t let us talk about our bills, so we set up our own hearings. . . .It was so effective that the majority leader from the other side of the aisle came to one of the meetings thinking it was real, and it took him 15 minutes to realize it wasn’t an official meeting!

“…It is a good thing for politicians to [support movements] and people trying to hold us accountable. . . .But my job isn’t to co-opt your message. My job is to hear it. So I’m always reluctant to insert myself [into protests and actions] because it takes attention away from the people doing the work. When politicians absorb your message, they have to morph your message into something they’re able to say. So I think it can be a collaboration, but it should never be a merging, because the job of politics is often compromise. 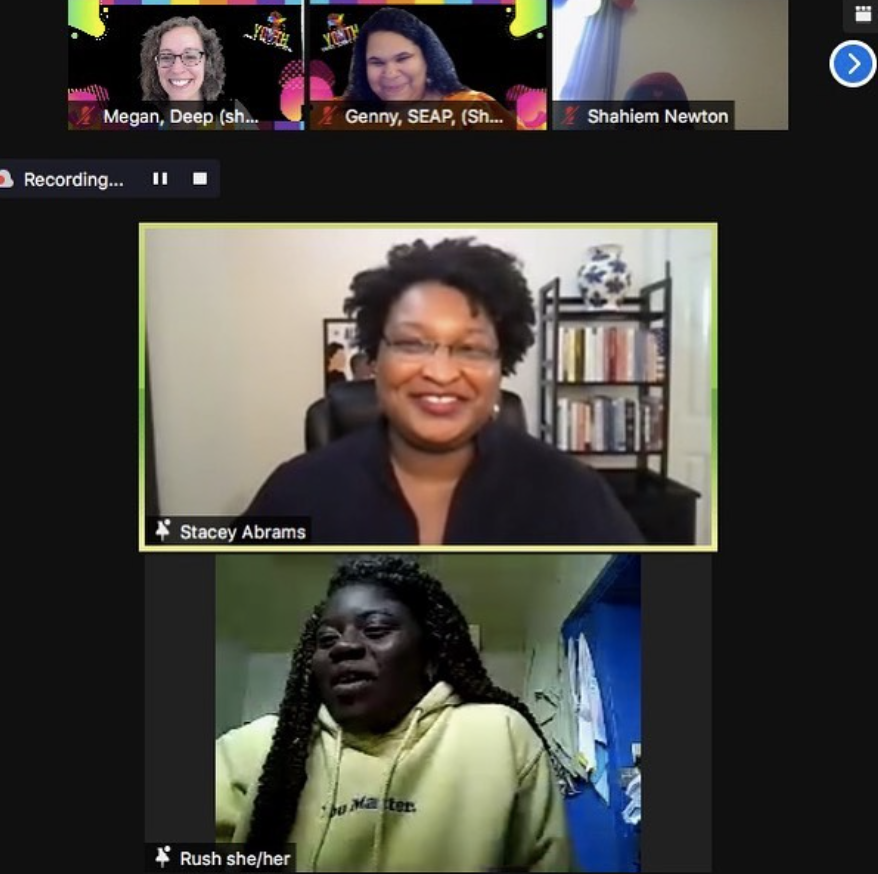 Stacey Abrams in conversation with Rush

“I was House Minority Leader. It was in my title that I didn’t have enough people to get anything done. So the only way for me to be successful was to work with people on the other side of the aisle. That meant I had to compromise. But when you’re protesting, engaged in movement work, you don’t need to compromise before you get your message through. When you’re in politics, you’ve got to compromise to get the policies done. And when you push those things together too quickly, people begin to compromise what they need before they fully understand it.”

Leader Abrams urged us all to keep telling our stories and speaking up for our communities’ needs, then thanked us for having her and signing off.

Immediately, the chat began blowing up with comments like, “Anyone else feel like they just took down an entire empire?” and “THAT WAS EVERYTHING.” The enthusiasm was palpable, even in cyberspace.

After a quick break, we launched into building and amplifying the change we needed. Young people could create on a variety of platforms, including videos on Flipgrid, posters on Canva, or writing via Google Docs. Genny spun more tunes, including a variety of requested epic Disney jams, while folks were making their art. Some young people cycled into a quiet breakout room where they could focus more deeply.

At the end of our time together, we opened the floor for sharing. Below is a sampling.

This one comes from Evan, called “Poem for Change.”

The seeds that have been planted

The tree that germinates

Is not our only fate

A constitutional change needs to be flew in

The way things are is the way they are now

The way things can be, changed by Mao

Revolution is radical; beyond reproach

Yet the world is too broken—it needs to be broached

Systemic change to the beating heart

Does it work if the system never had a heart?

Choosing the right path when the road forks

Grassroots cannot be the only part

A tree with only roots is just a start

Throw off the yoke that chokes

Change takes more than what is rote

This one’s from a poet named Treasure, called “School Problems.”

Trying to relive separate but equal.

Searching his more than mine.

Their leader, right? So it’s fine.

Making her cry for untied shoes.

We’ve always had no say in this;

‘Cause of that we, as the British say, “have taken the piss.”

One more line: you can be problematic.

So be conscious; however, know that mistakes are fine.

Be happy. Hold your beliefs close. Know that your thoughts fuel mine.

Nobody’s perfect, but causing pain is not . [A lie.]

Treasure then wrote a short story in answer to this poem, called “The Possibilities”:

Imagine a day when you sit relaxing on the hood of your car outside. You hear some commotion and see people with smiles on their faces running by. Down the block not too far from the local high school is a collection of people in swimsuits. Water sprinklers are spurting out water and getting the top of your shirt damp. There is a line for grilled hotdogs. Everyone you’ve seen in your time in the neighborhood and more are there. No worries about anything. A gay pride flag is stuck down the the shirt of some guy who is runningaround, and as he runs, others cheer him on. Even the “mean” teacher is there and helping the more studious kids with their homework. You look down and feel too dressed up for this. Before you can even exclude yourself from this party(?), you get dragged to a small table. The smell of grilled food and fresh cookies fills your nostrils. Everyone here cares for one another. Everyone here puts aside any differences they have. Everyone is welcomed here! As you sit there, you feel welcomed, too!

Isabella created hers on Canva. Here’s a peek: 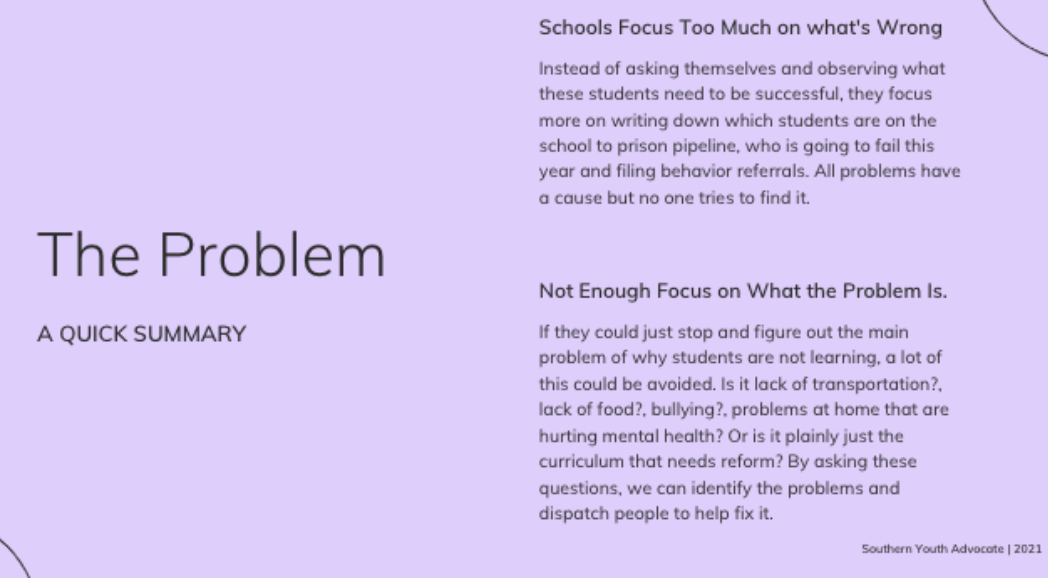 Each young person who shared was met with a chorus of snaps and appreciations in the chat. A collective sense of pride and hope beamed through our network of computer screens.

During her keynote, Stacey Abrams observed that young people can often see solutions that adults cannot. Genny affirmed this again as we brought our session to a close. “Now that we’ve practiced a bit of advocacy together, we hope you’ll do something similar in your home communities. Thank you so much for being here today. Share your stories with SEAP! You are the ones who know what’s needed, and the South needs your voices!”

Genny queued up another high energy song and sent us off into the rest of our weekend. We were all a little lighter. We felt seen and heard and full of hope. That’s the power of sharing your story.

Deep Center extends a heartfelt thanks to the Southern Economic Advancement Project for trusting our team with the facilitation of this event, to Roosevelt Institute alumni and staff for your willingness to jump in and mentor young people, to Leader Stacey Abrams for speaking with us on a candid, human level, and to our staff at Deep Center assisting in facilitation and the creation of the curriculum for this event. 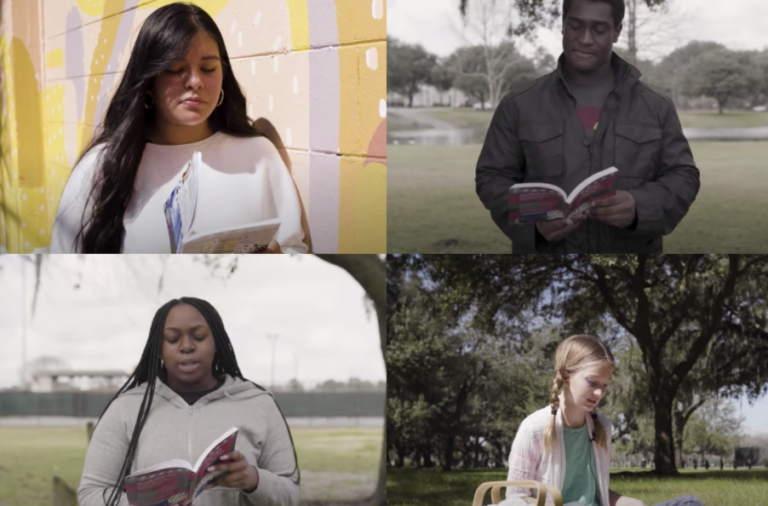 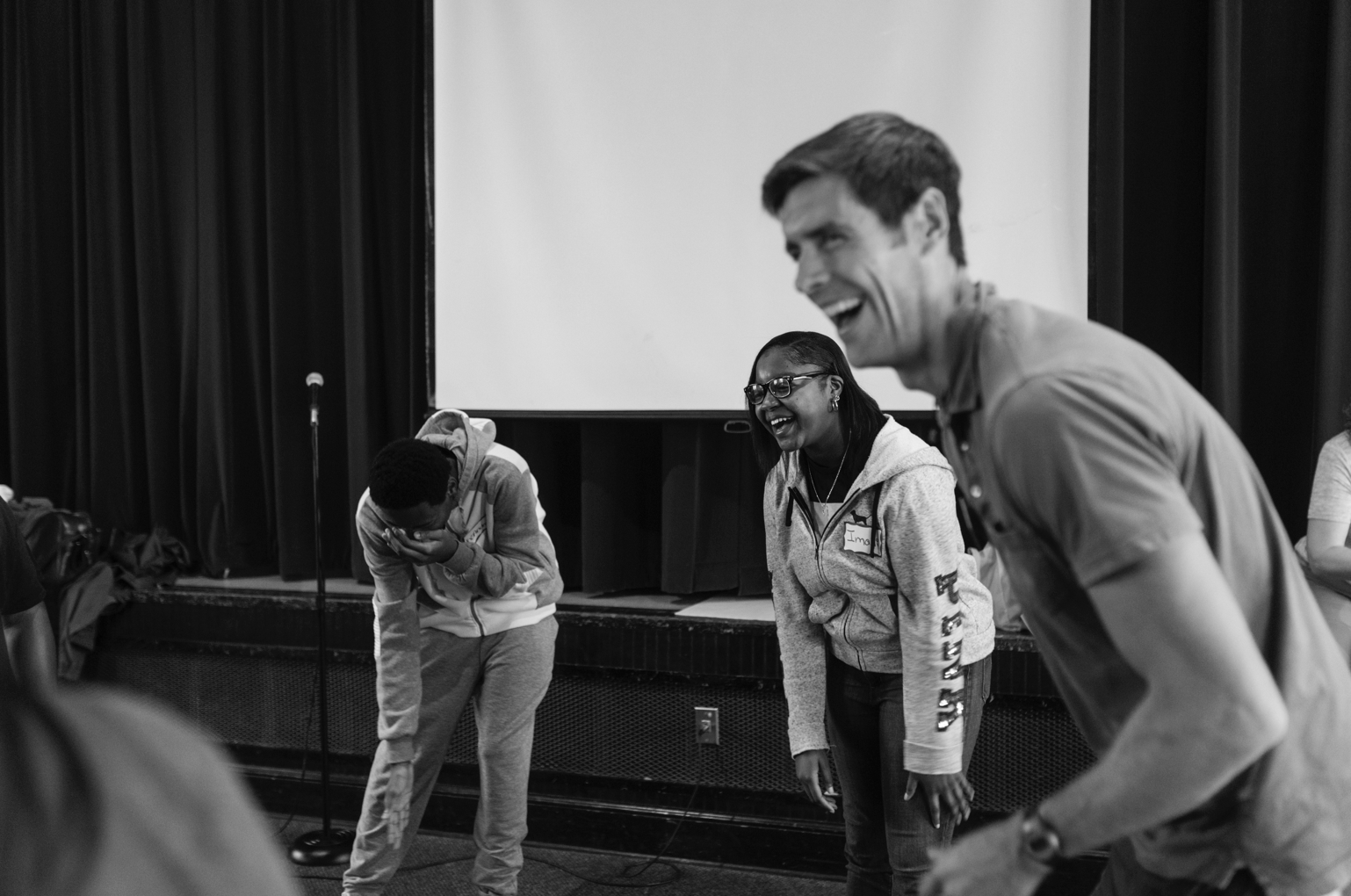