SAVANNAH, Georgia—The U.S. Regional Arts Organizations, with generous support from the Andrew W. Mellon Foundation, have named Deep Center’s Block by Block program as one of six nationwide recipients of the Creativity Connects: National Demonstration Projects award. Each honoree will be awarded $75,000.

The Creativity Connect: National Demonstration Projects initiative, part of the National Endowment for the Arts’ 50th anniversary celebration, investigates the ways in which the arts can connect creativity with other key community sectors, including education, healthcare and social justice. The grantees, one selected from nominations from each of the six RAOs—Arts Midwest, Mid-America Arts Alliance, Mid Atlantic Arts Foundation, New England Foundation for the Arts, South Arts, and the Western States Arts Federation—promote collaboration, experimentation, and overall growth in their individual communities.

As part of the award, Deep Center will participate in a day-long national convening, In Pursuit of the Creative Life: The Future of Arts and Creativity in America, hosted this upcoming November by the National Endowment for the Arts at the Kennedy Center for the Arts in Washington, DC.

“The City of Savannah is proud to partner with Deep Center on this innovative arts and community development project,” said Savannah Mayor Eddie DeLoach. “With this new honor and major funding, Deep continues to lead the way both locally and nationally in using arts and culture to lift up our neighborhoods for the children and families that need them most.”

Block by Block is Deep Center’s advanced creative writing and youth leadership program that helps Savannah’s young writers connect their personal stories to the narratives of their neighborhoods and society at-large. With Creativity Connects: National Demonstration Project funding, Deep Center will partner with the Savannah Development and Renewal Authority (SDRA) and continue to develop Block by Block as a new model for grassroots arts-based urban research and planning. Also funded by the National Endowment for the Arts Our Town, the State Farm Youth Advisory Board, the City of Savannah Department of Cultural Affairs, and the United Way of the Coastal Empire, Block by Block will bring together youth and adult artists and urban designers throughout the next year to collaborate on community research, creative writing, art-making, and problem-solving related to two of Savannah’s most storied working-class neighborhoods (the East and the West Sides). The project will culminate with public readings, a design charrette, an art march, and a block party celebrating the culture while also presenting solutions for these neighborhoods.

To receive this award, Deep Center initially competed on a regional level with nearly 40 other arts organizations from the Southeast in an adjudicated process led by South Arts. The candidates selected by South Arts then competed on a national level alongside entries sponsored by the other RAOs, and six entries received awards: Deep Center, Georgia; the Fort Wayne Dance Collective, Indiana; Fusebox Austin, Texas; The Center for Urban Pedagogy, New York; the Judy Dworin Performance Project, Connecticut, and the Mesa Arts Center, Arizona.

“At Deep Center, we know that if you want to understand a community and what it needs to thrive—its assets and history, its struggles and their possible solutions—you start with the stories of the people who live there,” said Dare Dukes, executive director of the Deep Center. “We are grateful for the recognition of the U.S. Regional Arts Organizations and the support of the Andrew W. Mellon Foundation for enabling us to partner with the Savannah Development and Renewal Authority. This partnership deepens the impact of our mission—fostering vivid and fearless community-based creative writing—to put our city’s youth and families at the center of neighborhood research, planning, and redevelopment.”

Kevin Klinkenberg, executive director of the Savannah Development and Renewal Authority, said, “Deep Center’s approach to youth- and community-centered research, creative expression, and neighborhood engagement provides a compelling foundation for SDRA’s work. With support from the Andrew W. Mellon Foundation, this partnership has the potential to develop a groundbreaking urban planning model that gives community members a true voice in the development process.” 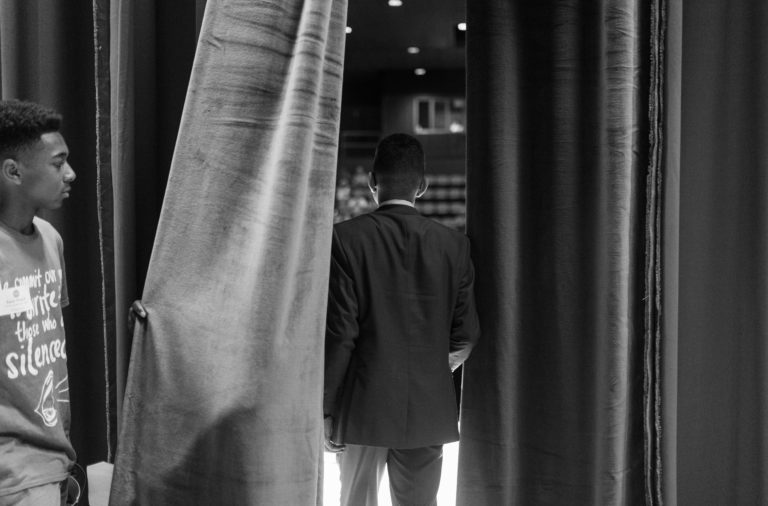